Last chance to cast your ballot today at the Union Bay Community Club Hall from 10 a.m. to 6 p.m.

We have lost a year of progress due to the Pro KIP trustees clinging to the empty promises KIP keeps feeding them.  Now they want to build a multi-million dollar permanent water treatment facility on KIP’s land because the developer can’t subdivide until there is water and sewage plans in place and they’re happy the developer will follow through on the promise of free land. 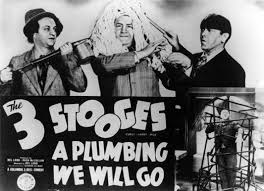 They think because they have ignored the Conflict of Interest issue both Loxam and Jacques are up to their necks in, people will forget and let them continue to act in the best interest of the developer instead of the landowners of Union Bay.

Again, look how hard they fought to resurrect that old agreement from 2011.  Any thinking person realized some of the flaws such as the number of connections (500) which put us in a perfect spot to be sued by the developer as we would not be able to meet the conditions in that expired agreement.

Who would ever knowingly make that decision?  Listen to what the temporary administrator states about CEC’s (Capital Expenditure Charges) and the money that would be lost building a temporary plant as Jacques, Loxam and Bitten fought tooth and nail for.  More money lost and wasted just like the board in power did until April 2011.  These trustees do not understand the issues and appear to have no interest in learning anything other than what they knew when they were elected.  There is something wrong when someone stops learning or the desire to understand and learn fades away.  If you have zero computer skills – you are willfully ignorant and that is a personal choice – but being an elected official and willfully ignorant is unacceptable.