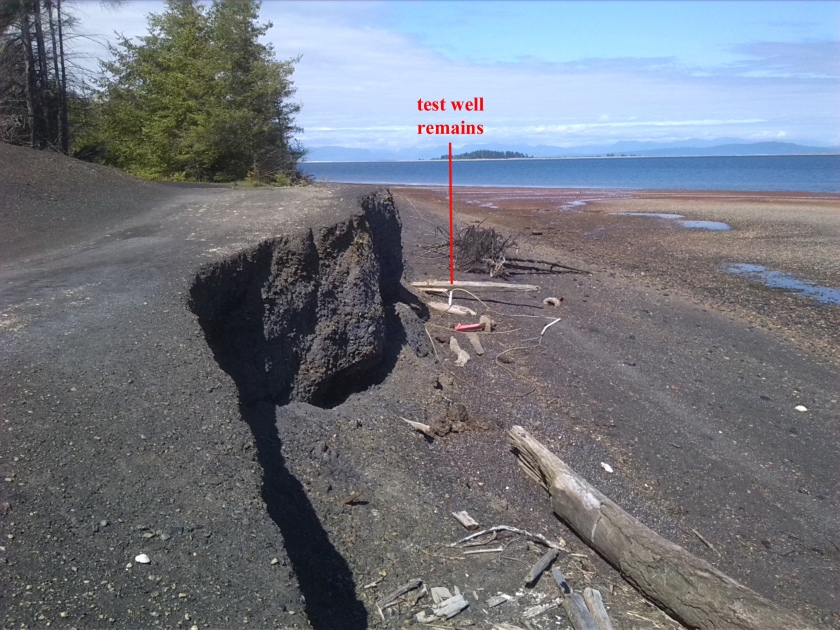 Add this slimy tactic to the ever growing list of stunts pulled by this developer.

It appears Brian McMahon, VP of Kensington Island Properties aka 34083 Yukon Inc. misled the Comox Valley Regional District when McMahon responded on April 28, 2017, to the deadline set by the CVRD of April 30, 2017, by claiming to be in compliance with the master development agreement in all material respects.

Planning for this project started in 1996 and to date, no progress has been made on the development of the property, and nor have the parties developed a new water agreement.  As things have changed since 1996 and 2007 when the MDA was signed, the CVRD made a written request to KIP on September 23, 2016 to meet and discuss amending the MDA to reflect the current context.

The CVRD wishes to see this matter resolved and has requested that KIP advise of its intentions by April 30, 2017.  In order for the CVRD to consider its role in serving the best interests of the community of Union Bay in terms of planning and infrastructure, this matter needs to be clarified.

A fellow landowner received this response from Ann MacDonald of the CVRD which I posted here: https://allthingsunionbay.com/2017/05/01/kensington-island-properties-aka-34083-yukon-inc-responded-to-the-cvrd-april-28-2017/

other posts regarding the deadline: https://allthingsunionbay.com/2017/04/30/did-kensington-island-properties-aka-34083-yukon-inc-meet-the-regional-district-deadline-by-today/

On April 28, 2017 solicitors for KIP advised the CVRD through its solicitor that KIP is of the view that it is currently in compliance with the master development agreement in all material respects.

How was KIP in compliance when McMahon had just finished subdividing a section of KIP’s property which is a violation of the master development agreement when he had his solicitor advise the CVRD he was in compliance?  He knew he wasn’t.

The letter below from CVRD Chair Jolliffe states the application date was April 6, 2017, and the date of entry was April 20, 2017, and yet the CVRD was notified April 28, 2017 that KIP was in compliance.

Why does anyone believe the bullshit KIP spews? 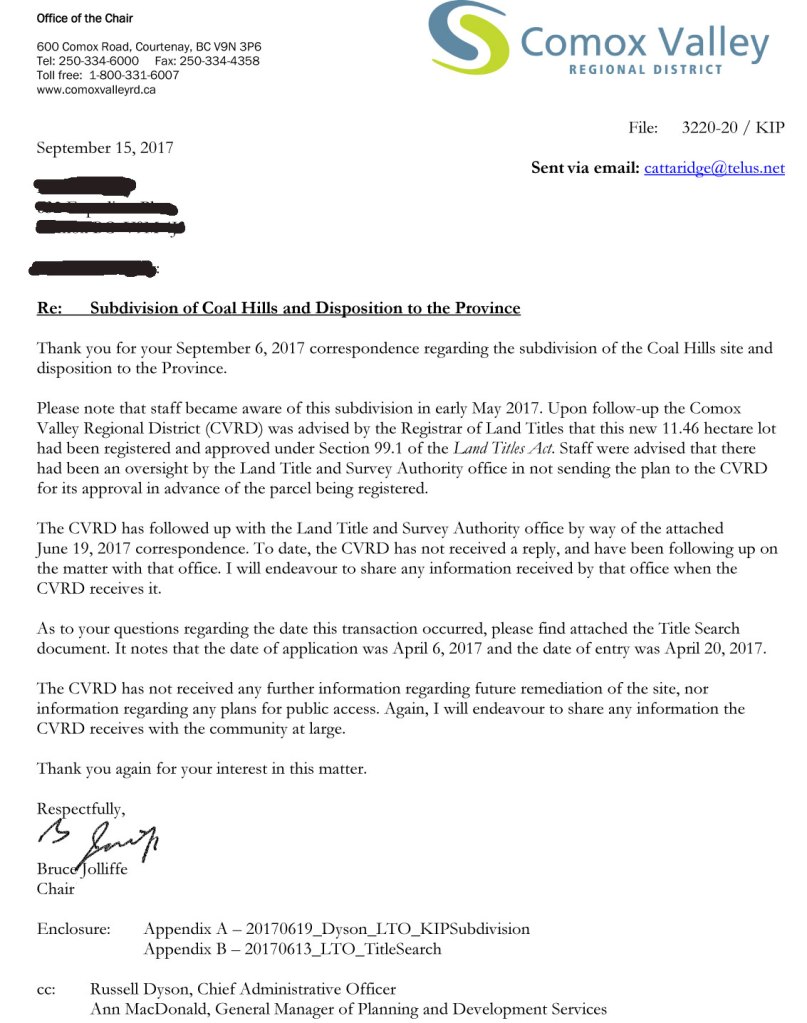