Got the document early so here it is!!

Look at how pissed off Brian McMahon is with Bruce Livesey!  This guy is hilarious – that’s the best he’s got?  After Bruce wiped the floor with McMahon’s empty promises and fabricated stories?  Don’t walk on my toxic site?

How pissed off does a developer get at a landowner who successfuly informed the landowners of the facts about what is contained in KIP’s expired agreement during an election in Union Bay? 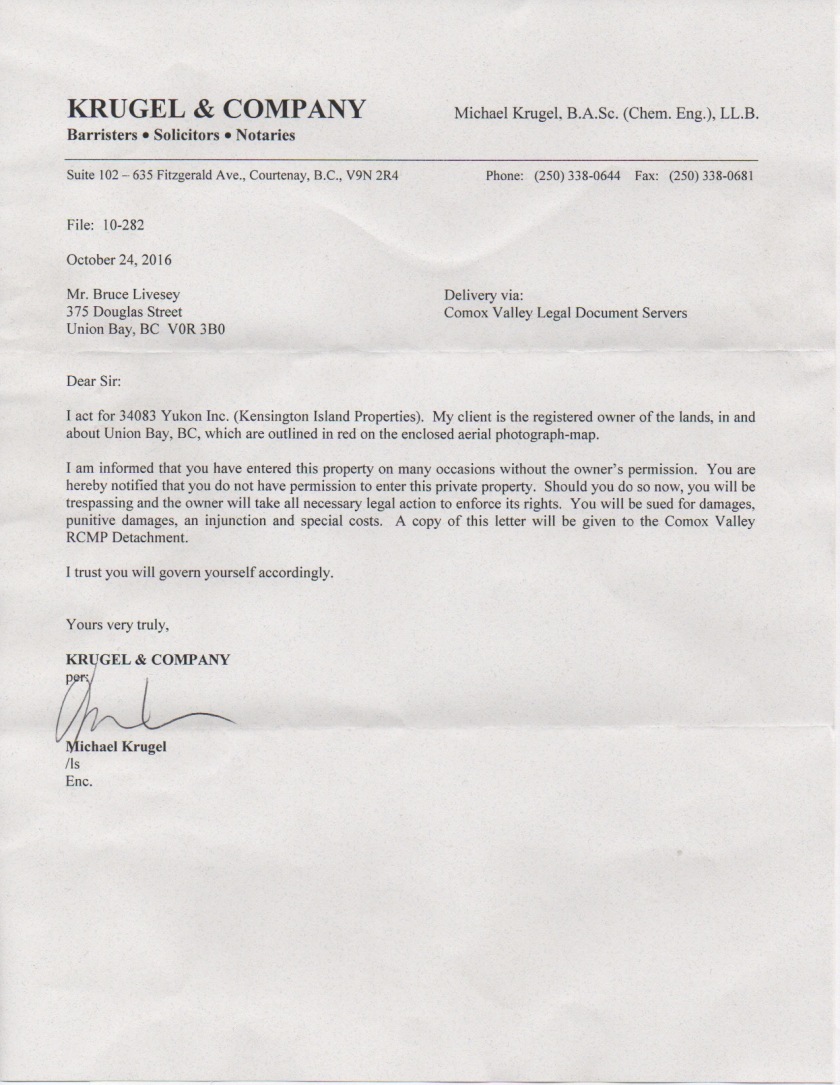