If you watch the last meeting – they should all resign. This dysfunction has to stop. Five people who don’t listen to each other and rely on their limited understanding of how a government body should be run. I know 2 of these people and like them very much but there is no hope for a governing body when there is not one person who has been trained to be a trustee and no one they can turn to for assistance.

There would have been some hope if they hired a qualified Administrator who is the backbone of the District with their knowledge of government who provides guidance to the board. The current admin is still unqualified. No hope.

So we have 6 people who are all in over their heads – they are all struggling believing they are doing what is right, but it’s relying on their limited knowledge. If they want to help the community, then contact the Ministry and advise the board can no longer function.

I might clip out sections showing how crazy everything is if I can stomach watching it again.

You can thank the developer for tearing Union Bay apart year after year.

This is a follow up to the post yesterday. https://allthingsunionbay.com/2020/04/16/kensington-island-properties-aka-union-bay-estates-providing-another-yearly-belly-laugh/ Thanks to the person who forwarded the response to me.

Here is the link to the Revised MDA containing the pages. It appears the developer can buy/pay to not provide the first 6 affordable housing lots. Can’t have the unwashed living/mingling in a gated community now can we? https://www.comoxvalleyrd.ca/sites/default/files/docs/Projects-Initiatives/UnionBay/mda_amending_agreement_ca6517324.pdf 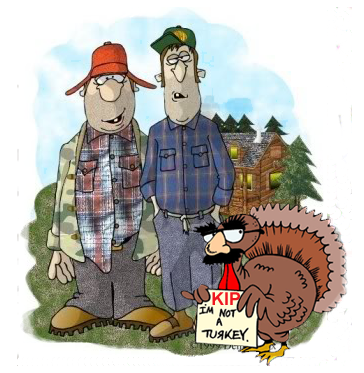 Geez, I really laughed when I saw this. A fellow landowner received it in an email and wondered how they obtained their email address. How can anyone take this developer seriously after singing the same old song year after year? Promises, promises – all empty. Nothing can happen until subdivision – no application has been made to subdivide which triggers the Master Development Agreement.

Red font added by me.

I found it amusing that KIP used the photo of the road built by Wacor because I had asked who was paying for this project and received the following from the CVRD. West Fraser Mills.

The old marina story again. Geez, it took literally an hour and a half to find out this was bullshit.

Another landowner sent me their response from the CVRD today. Why spew this crap when it is so easily disputed?

Let’s be clear here. There hasn’t been a proper Union Bay Improvement District Board meeting since June 2016. It has been a shitshow, gong show, and a joke with elected officials bumbling through meetings without any thought to how meetings were held prior to their election. Look at any of the meetings chaired by Carol Molstad – those were proper meetings and are a far cry from the crap we have had to endure since the KIPidiots were elected. With the resignation of those 3 trustees things have gone to hell and there is no way to fix it. How many more years do you want this dysfunction and division to continue? Let’s vote to become a service area. UBID only controls 3 of the scores of services required in Union Bay already provided by the CVRD. The CVRD has the staff and experts we need NOW!

The writing was on the wall when the 3 trustees resigned in 2016 (due to trustees loxam and jacques sneaking around with KIP) and then we lost our professional Administrator. There is a reason why you don’t hear of Improvement Districts popping up anywhere – it is not an effective form of government in this day when communities face upgrading their water systems and infrastructure costs where experts are required in order to make informed decisions.

The Improvement District worked when the challenges were on a much smaller scale. In Union Bay we are facing enormous infrastructure costs in the future as well as sewage costs and to think that a few landowners with zero experience can suddenly understand and make informed decisions is ridiculous. We have witnessed trustees who since elected have shown they are incompetent spouting off absolute bullshit and claiming they have researched when it is obvious to those of us who actually research, they are full of shit.

Chair and Trustee Hein Vandenberg submitted his resignation effective today. This makes 5 trustees who have resigned since 2016.

Does anyone believe this form of government can function? It is outdated with no clear rules and regulations. You can’t expect landowners with no experience to suddenly be competent and knowledgable when making major decisions about the future of Union Bay.

They are all in over their heads. Some recognize it and others just carry on in their ignorance and refuse to learn.

We can’t join the CVRD fast enough and get rid of this ridiculous antiquated form of government for 3 services.