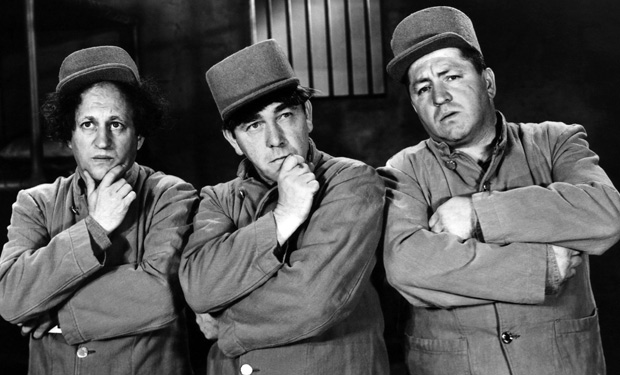 You don’t need to be a resident of Union Bay to know that the government of the district has experienced many struggles, trustee, and personnel changes in the last 10 years. It seems obvious to me that the area has outgrown the capabilities of a small, nearly volunteer-based group of individuals to lead it.

After a recent particularly nasty conflict between a developer and the board, a facilitator from the province was asked to step in and find some common ground. The dividing issue at the time was the setting up of a water treatment plant.

After many months of discussions a new agreement was reached with the developer and land was transferred last December to the Union Bay Improvement District for the community to build its own treatment plant. During these difficult negotiations a petition had been circulated and signed by over 400 residents requesting that UBID’s assets be transferred to the CVRD. Clearly, residents were worried that they were losing control of their water services. This petition was signed over a year ago. In a board meeting held in November 2017 the board approved a motion by one of the trustees to write a letter (two paragraphs would be sufficient) asking the CVRD to commence a study, at their expense, investigating the plusses and negatives of joining the CVRD.

Personally I was hugely relieved to hear this.

Imagine my disappointment to find that the motion to write that request letter has now been overturned in a closed door meeting. The reason given was that the board was too busy dealing with other issues. Too busy to write a two paragraph letter?

I am not a suspicious person by nature but the opposition to this simple, free, request is baffling to me. What is the benefit and to whom of not following through with this letter if it is for information purposes only?

Agreed, there are other issues to be dealt with at the moment, but there will always be threats to our little community. Sometimes there are advantages to being part of a larger body with experience and a knowledgeable, paid staff and a roster of advisors at their disposal.

But I guess I will never know as my board has made this decision for me.

In the dark in Union Bay.

EDIT.  Couple of comments posted on the Record to this letter: 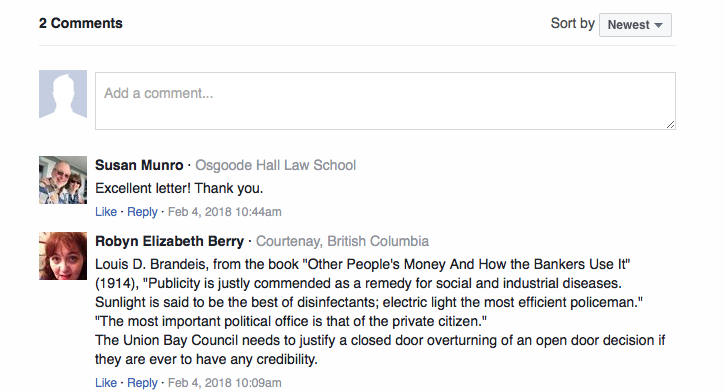 Thankfully, Scott Fraser, our MLA provided accurate information to correct the misinformation trumpeted by Bitten.  Wonder what Bitten thought about having to meet with Scott about the logging – did mrknowitall listen or do the usual talking nonsense?