Union Bay Improvement District – not open and accountable.  Bottom line is Union Bay is screwed with these two factions.  Don’t count on getting the truth about what has transpired between these two.  Now KIP has involved the First Nations in KIP’s lapsed agreement.  Looks like our leaders screwed up while attempting to obtain crown land without consulting the First Nations.  That’s none of KIP’s business.

Sticky fingers attempting what with the following petition?  The Master Agreement requires a new agreement.

Who is KIP planning on sending the petition to?  It’s useless and will not make one bit of difference.

If you feel UBID is not acting properly or in your best interest, contact the Ombudsman’s Office.  They have a huge file on UBID’s past antics and would be happy to receive information as to this TAG based Board.  Here’s a screen shot of the complaint form.

Go ahead.  Grow a spine and think for yourselves.  Stop being a bunch of dumb hillbillies being lead around by the nose and being ignorant.  Find out what’s going on by asking questions and insisting on getting honest answers.

Of the five present Trustees of UBID, 2 should be excluded from any negotiations as they breached the confidentiality of the original agreement and are comprimised (one was not elected at the time of the breach).  The other three are not competent.  If you’re going to get involved, insist the new agreement is handled by a professional negotiator.  Union Bay is going to get screwed over again by another incompetent Board if no action is taken by the community.  A developer of this size normally provides something substantial to a community.  So far, empty promises and a decrease in the amount originally negotiated.  Now it’s down to $1.2 million. 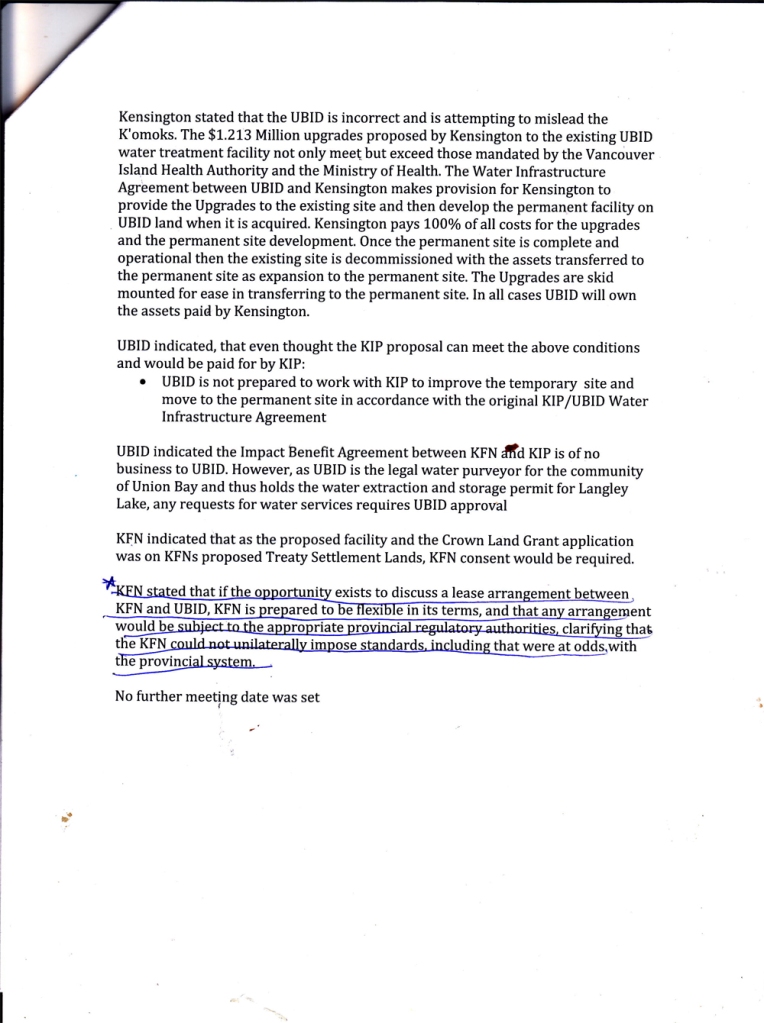 The UBID Board sent their administrator to the KIP meeting on June 3, 2015.  Gutless wonders couldn’t be bothered to attend the meeting.  Guess it was beneath them to answer questions from lowly landowners.  Big egos at work here.

These are the same folks who ruined TAG by turning it into a political party and basically screwing everyone who helped make it strong.  Amazing how power even in a rinky dink place like Union Bay goes to their heads.  They are hated as much as the ones they replaced and are every bit as honest, open and accountable.