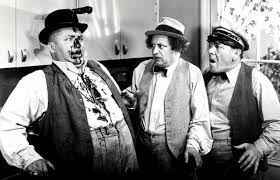 After reading the Q & A published on Dec. 19, 2016 by the Regional District where it mentions the meeting in September, I remembered the Administrator referring to this very meeting when he spoke on Nov. 13, 2016 urging the trustees to wait until they were familiar with the agreement rather than voting on the motion put forth by Loxam to enable the force majeure clause.

If the trustees were aware of what transpired at the Sept. 2016 Regional District meeting giving KIP the two options, why did they attempt to resurrect the old agreement Nov. 13th?  They must have known what the Administrator was referring to as no questions were asked when he provided an outline as to what issues the Improvement District was dealing with at the time.

Here’s the gist of what the Administrator stated at the Nov. 13, 2016 meeting in response to the three pro kip trustees attempting to resurrect that lousy 2011 WIA:

The board has not had an opportunity to sit down and thoroughly review and be brought up to speed with a multitude of moving parts currently in play.

We have had one or at least two legal opinions to date and certainly the opinion of the Regional District that this agreement is in fact expired.

We also do have a process in place with the Province of the Provincial Facilitator.

The Board has not had the opportunity to meet with VIHA as yet to discuss this very critical, very complex issue.

We also do have a recent motion put forth by the Regional District as of Sept. 20, that is requesting negotiated revisions to the Master Development Agreement.

And given that the time frame with respect to any potential delay by the Province on the development is still very much unknown because we’ve never been provided with any evidence that an agreement is in place with the Province as yet.

All I would ask is that we provide sufficient time to do due diligence with this new Board to make sure a well discussed and a well educated decision is provided.

It’s disturbing to see that after the Administrator provides real meat to the issues we’re facing, the chair dismisses everything by claiming he is bound by rules and that a motion has been presented.  That’s not the issue.  There is nothing stating the chair has to break a tie vote in voting for something that is clearly not in the best interest of the Union Bay Improvement District and its landowners.   You couldn’t make this shit up.  It’s ridiculous what we have governing us – makes the three stooges look like scholars.  May as well have KIP sitting at the table instead of the pro kip trustees.

The CVRD at its regular meeting on September 20th passed the following motion:

THAT the board rise and report on the issuance of a letter to Kensington Island Properties in regards to its proposed development at Union Bay which outlines the following two options:

Who told these three pro KIP trustees they could come up with an option 3?

They did the same thing the day after the MOU was agreed upon June 6, 2016.  They turned around and negotiated resurrecting the expired 2011 agreement the very next day – JUNE 7, 2016, and now they’re claiming they had the authority to do so by then chair Carol Molstad!!!

Will try to obtain the letter from Loxam that claims Molstad authorized.

One thought on “Were the Union Bay Improvement District Trustees Aware of the Options the Regional District Gave Kensington Island Properties aka 34083 Yukon Inc.?”