All of this would be funny if it was a sitcom – not so much when it’s actually happening in our local government.

The ignorance displayed by these two trustees is stunning.  They simply do not understand the position of trustee and cannot ever be trusted to make informed decisions.  I doubt they have ever heard of due diligence. 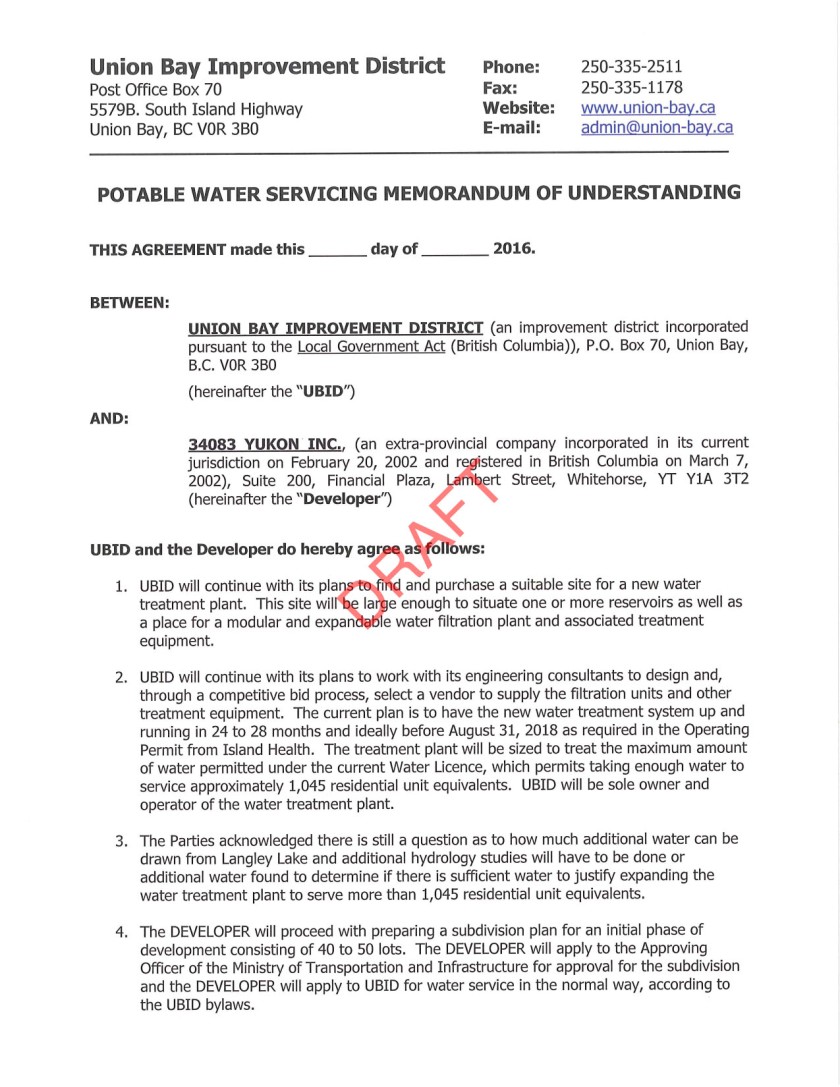 The very next day June 7, 2016, Trustees Loxam and Jacques present the following letter to the Board of Trustees.

Trustee Loxam’s response to trustee Elliott regarding conflict of interest: 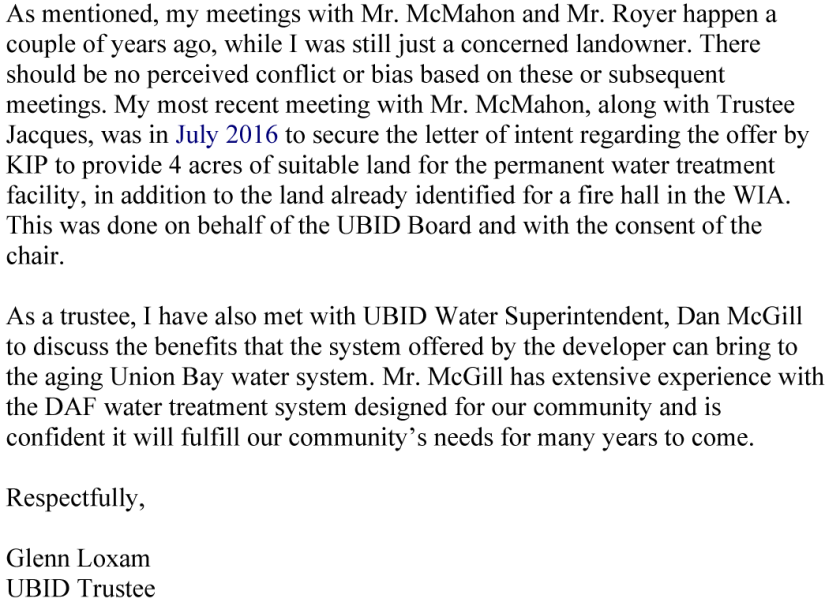 It’s like the Trump/Comey thing.  Who has more credibility?  Who would you believe after listening to their own words? 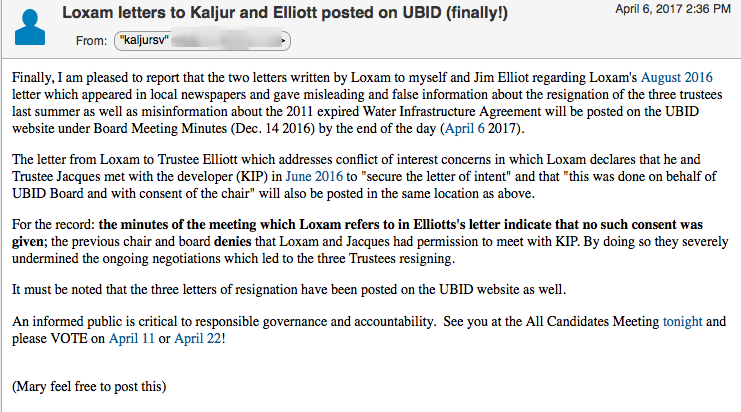 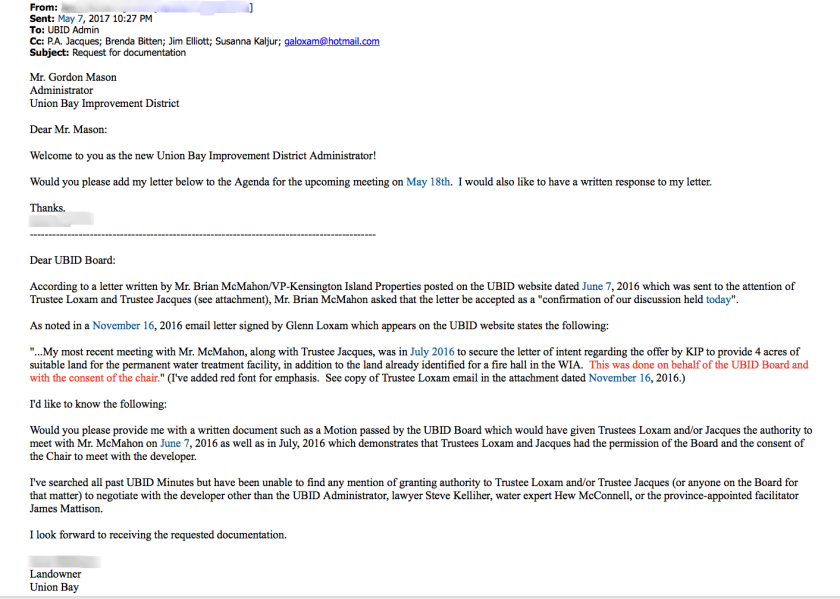 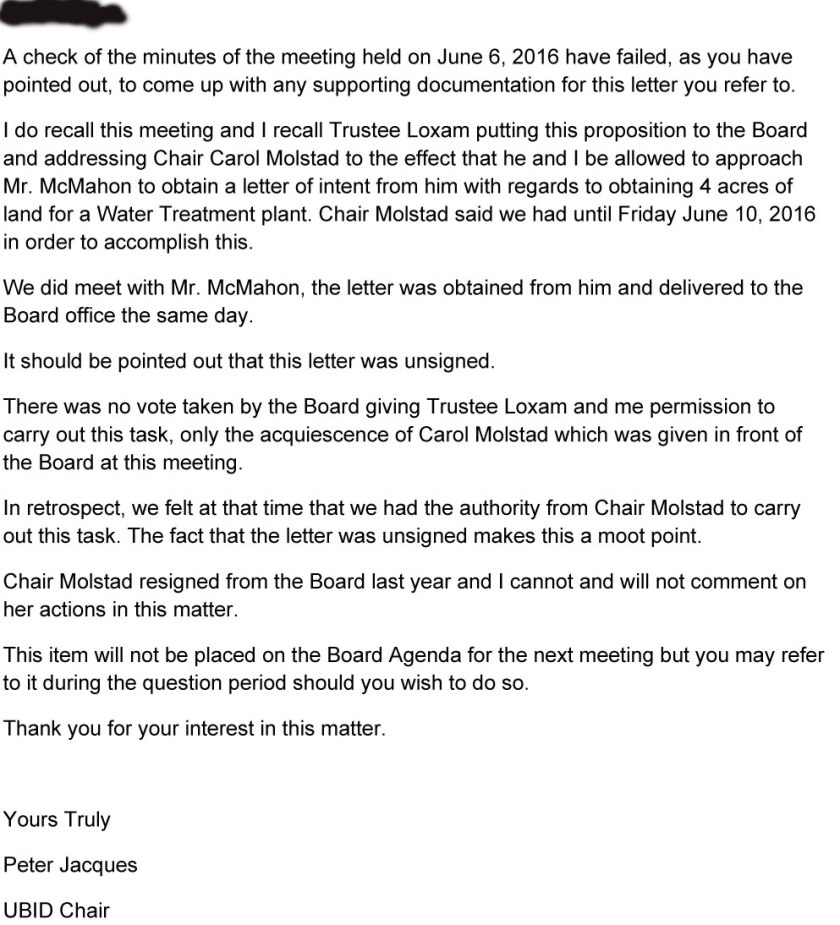 I just have to add this.  In trustee Loxam’s rambling he talks about the previous board going on holidays.  Well, there was actually a meeting June 15, 2016 with all the trustees and administrator present just one week after their meeting with McMahon. Unsure why Loxam brings up holidays related to the meeting with McMahon.