Did UBID get sucked into yet another worthless agreement with Kensington Island Properties aka 34083 Yukon Inc., giving him until Dec. 31/17 to turn over land for the fire hall?

Will ‘Brian’ have a reason/excuse for wanting more time all the while encouraging UBID to continue to build on KIP’s land?

You would think anyone dealing with KIP would take every precaution to prevent the disregard displayed by this developer regarding written agreements and whether their signature is worth anything.

Although the UBID board announced again a water agreement was reached with ole KIP Costanza at their Oct. 12, 2017 meeting…. I don’t trust this developer based on his past actions of following through on basically nothing.

One of the reasons I’m skeptical is that it took from July 27, 2017 to Oct. 12, 2017 for KIP to sign the most recent agreement.  (June/July 2017 emails from gov’t officials show an attachment with a version 10)  What has been going on since the Admin stated at the July 27, 2017 meeting that he expected the documents back from ‘Brian’ within a few days?  Did ‘Brian’ stall all this time?

Another reason is the stipulation that KIP turn over the 4 acres to UBID for the permanent water treatment facility by Dec. 31/17.  What happens if this is not done by that date?  The board is awarding the contract to start construction and the Chair stated they might have shovels in the ground in the new year.  If UBID invests money into this project expecting a developer who is a serial delayer to suddenly change its spots and honour government timelines – will they simply allow him to delay/ask for an extension over and over again?

It’s no secret this developer wants to control the water in Union Bay.  Why do you think KIP insisted on upgrading the temporary system on his land (and owning the temporary treatment plant)in the 2011 Water Infrastructure Agreement?  Why do you think there is suddenly suitable land within the KIP development once UBID was going to build on land purchased and owned by UBID?  This board better have a backup plan in place if this deal falls through.

At the July 27, 2017 meeting, the Chair touted this agreement which included the, , 2.2 acres for the fire hall as something beneficial as UBID would be receiving the land right away rather than waiting to acquire it as stipulated in the Master Development Agreement.  So why did it change from right away to 2 years?  How is that beneficial now? 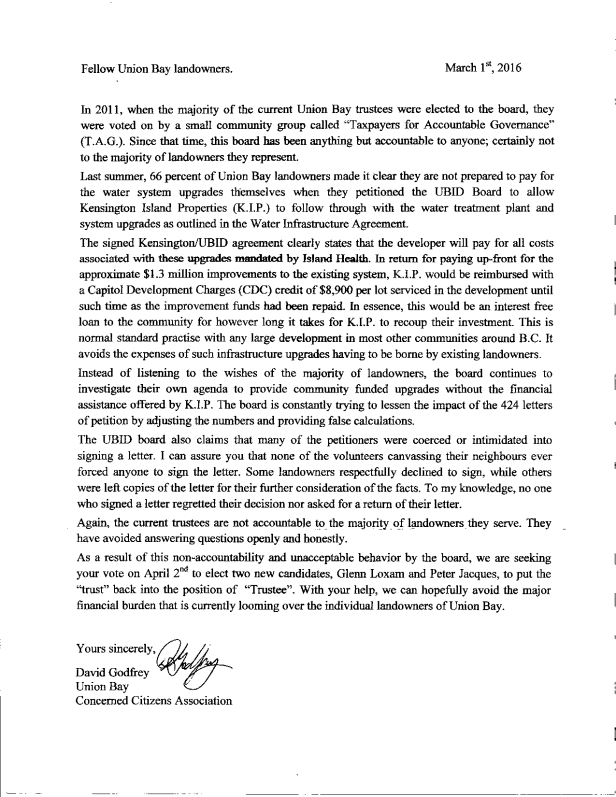 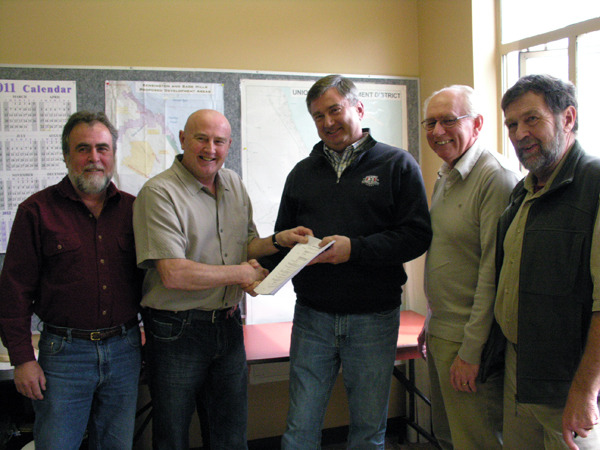 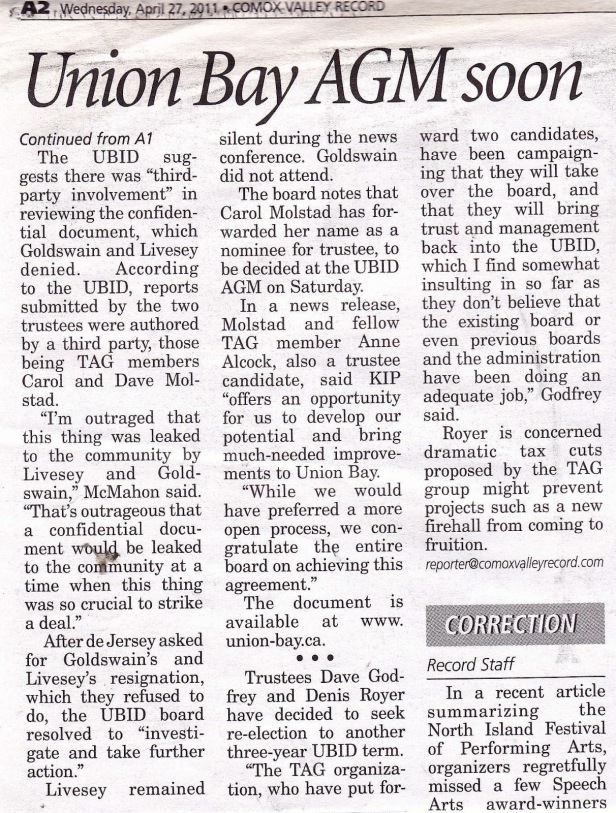