James Wood provided another article.  James is a great reporter – factual and accurate.

This is democracy?  Only in Union Bay would an elected official state the public attending Union Bay Improvement District meetings are a ‘distraction’.  The people they were elected to represent.  Remember these guys talking about transparency?  Everyone wants us to contact UBID for answers.  Don’t they realize that’s the problem?   UBID simply refuses to answer questions!

NOTE:  Apr. 15, 2018 I noticed James Wood has added a comment from the Ministry of Municipal Affairs regarding meeting closures:

“Improvement district board of trustees meetings are scheduled at regular intervals. A procedure bylaw ensures that public notice is given for such meetings, along with details of where that information is to be posted. Meetings must generally be open to the public to promote transparency and public participation.

Trustees may choose to hold closed, in camera meetings to make decisions on things such as legal matters, property acquisition, or personnel issues. However, they can also gather outside of a formal public setting to discuss priorities, receive technical briefings and manage working relationships between trustees. These matters do not fall on a path to a decision.

It is clear that there have been strong differences of views at the UBID Board table and within the community. It is expected that improvement district trustees and members of the public will conduct themselves in a respectful way when dealing with improvement district matters. Ministry staff have been available to provide advice and have encouraged UBID to seek neutral consulting assistance. At the same time, the Board has made progress in working together on the issues affecting their community.

Ultimately, improvement districts are elected service bodies with the legal authority and responsibility to make decisions on behalf of their communities. Trustees are accountable to the landowners for those decisions and their conduct while in office.

Questions about the bylaws and procedures of UBID meetings should be directed to UBID. They are in the best position to comment on the details of such matters.  The Ministry continues to be in contact with UBID administration and available to discuss matters with them.” 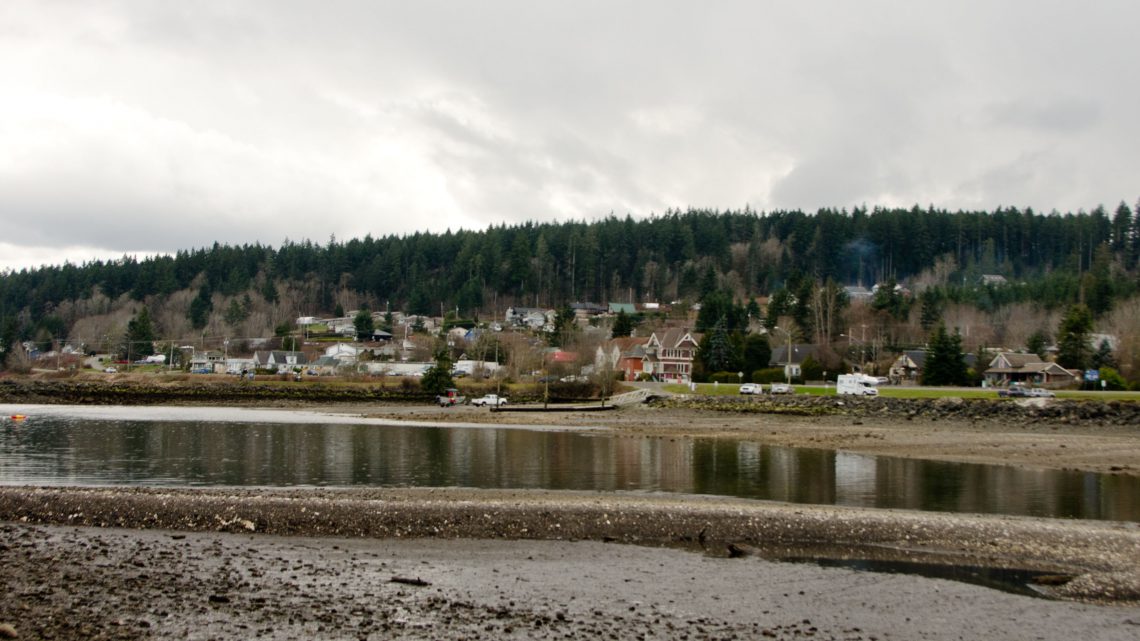 The community of Union Bay is pictured in a Goat News file photo. Photo by James Wood/98.9 The Goat/Vista Radio

UNION BAY, B.C- Landowners in the Union Bay Improvement District could be getting locked out of their local government’s meetings in the near future.

The trustee board held what was called an “executive meeting” on Monday, April 9, which several residents attempted to attend. The board’s chairperson, Peter Jacques, physically blocked their entry, and later shut the door to the UBID office while the meeting was happening.

The decision has caused disagreement amongst the trustees.

The province’s Ministry of Municipal Affairs has said that “executive meetings” are not a legislated term, though they did indicate there are circumstances in which the public would not be invited to a meeting.

“In general, such meetings should be open to the public, unless the topic of the meeting is appropriate to go “in camera” (such as legal matters or labour relations),” read a statement from the ministry.

“If improvement district trustees wish to hold briefings on technical matters, work on relations among board members, or brainstorm ideas about future priorities, then those items could be discussed in the absence of the public (as they are not on a decision-path). Improvement districts use tools such as procedure bylaws, rules of procedure guides, agendas, and clear processes to assist in managing meetings.”

On Wednesday, Jacques indicated that the UBID is now considering regularly holding “executive meetings” of the board, where the public will not be invited.

“The majority of the UBID Board is in favour of having Executive Board meetings,” read a statement, attributed to Jacques.

“Our Bylaws and closed meeting policy makes reference to separate meetings and special Board meetings but not always include “In Camera” sessions.  It is the Boards intention to clarify and add to the intention of this policy by rarifying our Bylaw to reflect the term “Executive Meeting”. It is also the Boards intention to not impose “In Camera” sessions in these meetings except only when necessary.”

Speaking with 98.9 The Goat, Jacques said the board was considering the decision due to difficulties in getting business done while the public is present at their meetings.

Jacques indicated that the “executive meetings” will be held the first Monday of every month, closed to the public. However, they will have public agendas and minutes will be taken. Those minutes will then be shared with the public at the next meeting of the board.

“Whatever has come up, we’ll bring it forward at the next meeting. We hope, one of the reasons why we hope to go, we will go to an executive meeting, is that typically most of these meetings will not be in-camera. It’s just business we have to talk about, but because of the distraction that can occur, at these board meetings that are open to the public, obviously there is certain board members that don’t agree with what the majority of the board wants. That creates friction, and we just simply cannot get down to the heart of some of these matters we have to deal with at a meeting that is open to the public.”

Jacques said that it’s “almost impossible” for the board to talk about upcoming situations, during public meetings. He also stated that many of the topics discussed in the open would be able to be discussed in-camera, which would mean the public is barred.

“With the executive meetings, they don’t necessarily have to be in-camera,” said Jacques.

“It’s just that we don’t have the public there as a distraction, so we can sit down, and talk about some of the items that are very crucial to our operation here and move forward.”

Jacques said that changes to the UBID bylaws to allow for “executive meetings” would take a “couple of months” to get in place. He also indicated that there was opposition to the policy on the trustee board, though it was supported by a majority of the members.

As for any potential opposition from Union Bay residents, Jacques had a suggestion.

“I suggest that they take it to whoever can intercede on their behalf, whatever that means,” said Jacques.

98.9 The Goat has reached out to the Ministry of Municipal Affairs for comment on the possible policy.