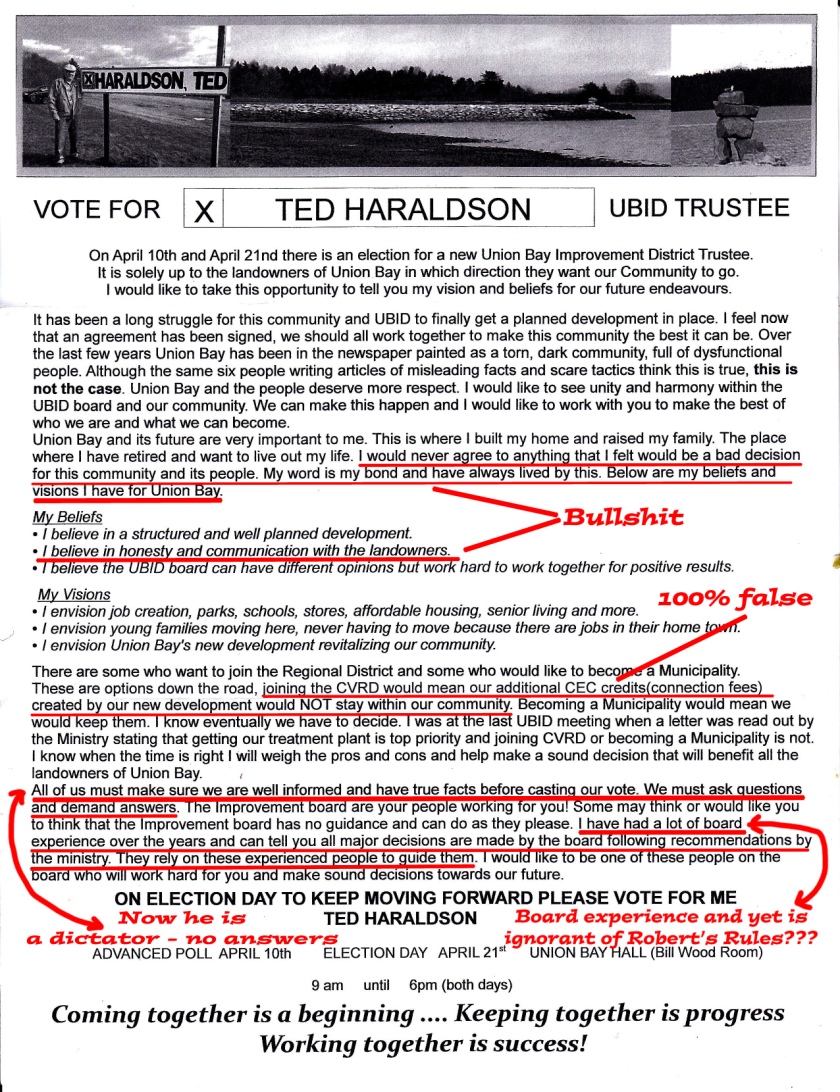 I received the following comment from an individual who attended years of monthly UBID meetings and offers this rebuttal to the Chair’s bullshit statement that: “All UBID staff (CAO, Deputy CAO, Public Works Superintendent, and Fire Chief) has stated very clearly that they will not attend our public meetings as it is a very uncontrolled and hostile environment and could lead to violence.”

These guys just make shit up.

OPINION
HI Mary, you are absolutely correct, I have not seen the fire chief, Public works superintendent or any other UBID employee attend a board meeting, ever. When the fire chief’s shift ends he retires to his lazy boy in Comox or Courtenay or where ever he lives and has no interest in Union Bay politics. For Ted Trump to say they don’t attend due to an uncontrolled and hostile environment which could lead to violence is utter b—ls—t.
B