Who’s counting their chickens before they hatch? 🙂

For answers to questions regarding investment opportunities and/or schedule a tour of this amazing real estate, I invite you to email or call me.

Sorry folks, this post contains a lot of images but I must save them as they often disappear from that darn inter web thingy  🙂 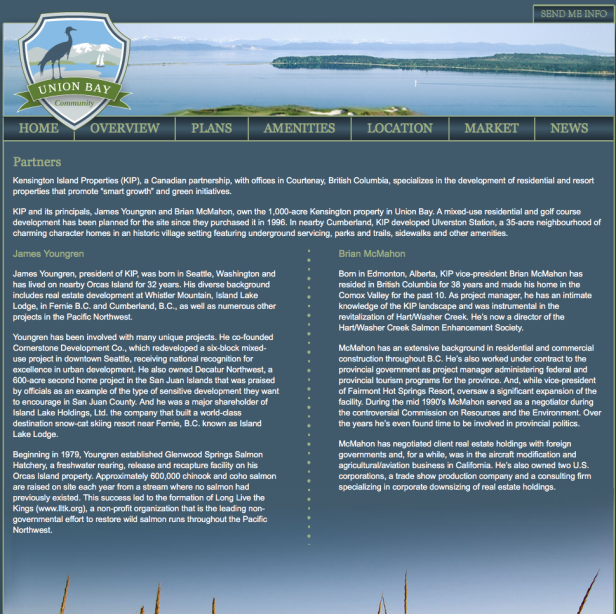 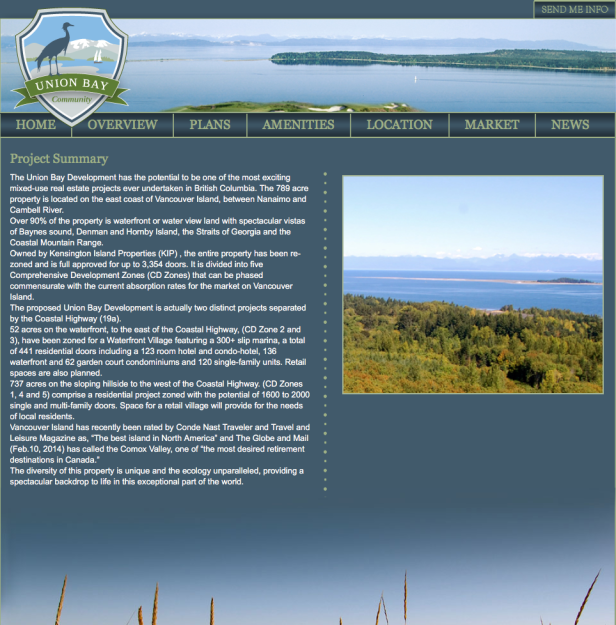 Check out the waterfront park.  Will this be a public park? Of course not.  Looky there, the $17 million dollar remediation of the coal hill will be completed by late 2016!  How exciting.

NOTE:  Read what is stated about the Union Bay water pumping station in the following image.  Sounds like the Developer is planning on controlling Union Bay water. 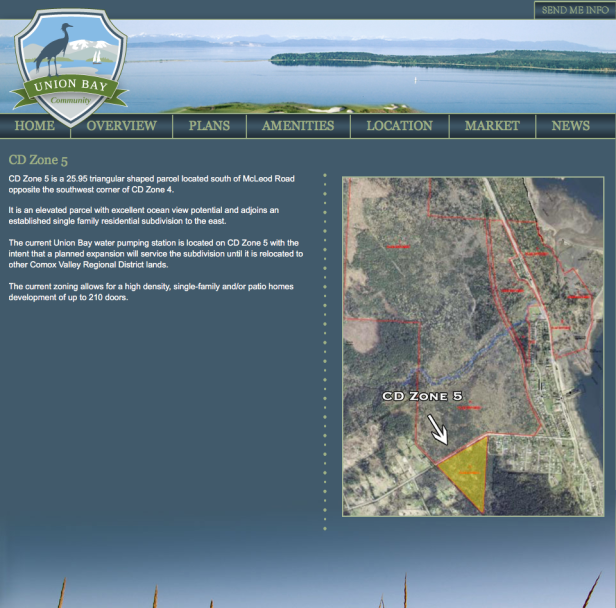 CD Zone 4:  The area the hillbillies think they’re going to get free/cheap land from Kip Constanza.   What makes these people think they would get preference over the number of  lots donated to Habitat for Humanity?  That’s great PR for a company and Kip’s only giving something like 30 lots (I’ll check on that figure) to Habitat for Humanity.  There’s no PR or benefit from giving hillbillies anything!  If you voted based on a verbal promise – too bad, so sad……

Funny, there hasn’t been an application for a marina since the last one was rejected.  I guess this is the concept because KIP hasn’t made any new applications.

“Vast sandy beaches will be created by importing beach sand from nearby Texada Island and once the remediation of the adjacent coal hill lands has been completed 1.5 miles of beachfront will be available for use by residents and guests.”  Now don’t be dumb and assume resident means Union Bay resident – resident of CD Zone 3, goof!

Yooooooooo Hoooooooo Hillbillies:  CD Zone 4 comes right up to your properties.  Still think you’re getting something for nothing? Ye Ha Daddy!!